SEVIERVILLE — During the The Good Cup event for ministers’ wives held at The Summit in November, the question was posed to those wives who attended, “Did you think you would ever marry a minister?”

Pardon Tiffany Bowen for laughing. The question often reminds her of God’s wonderful sense of humor.

Tiffany was working her way through the University of Tennessee in Knoxville when she met Jason, then a self-described “lukewarm” Christian who was working at the same restaurant. He asked her out three times before she agreed to date him and it was only going to be for one hour, she recalled.

That one hour date lasted much longer and the next day she told her stepmother that she had met her future husband. “I had never met someone so transparent and genuine,” Tiffany recalled.

Not long after they began dating, Tiffany met Jason’s mother, Charlotte Bowen, a Southern Baptist International Mission Board missionary nurse who had to travel to Knoxville with a pastor who had been injured in an accident.

“When I met with her face to face I was overwhelmed with how she was not like anyone I had ever met,” Tiffany recalled. “She had no judgment in her heart. She was not okay with me being an atheist, but the love she showed to me was no different than had I been a Christian.”

The two women developed a relationship that continued after Charlotte Bowen returned to Africa. Via e-mail, Tiffany kept asking questions and Charlotte would answer them honestly, she recalled.

She noted that her future mother-in-law explained that “Jesus was alive and that was what made her different because she had a real, personal relationship with Him every day.”

Though she was an atheist, Tiffany had Christian friends and had even attended church even though she had been raised in a home where going to church was discouraged. She knew the Christian language.

“I may have heard the same words from other people, but I never understood that Jesus was alive until I met someone like her. He was obviously alive in her.”

Tiffany began to read the Bible “and my heart started to change,” she recalled. She was sitting in the parking lot of a Knoxville business talking with Jason when God suddenly revealed to her that He was real and alive and that He “would be the Lord of my life for the rest of my life.”

Tiffany said she looked over at Jason and said, “Jesus is the Son of God” and then told him, “I think I just got saved.”

Later, the couple was married in Africa while visiting Jason’s mother. They returned to his hometown of Jonesboro, Ark., to live after their wedding and began attending Central Baptist Church where Tiffany was baptized. She recalled that they were discipled well by the church.

After attending the church for about a year Jason was asked to do pulpit supply at an inner city church. He was asked to come back and he did — for about two years. “After the first year I felt God was asking me to pray for my husband because he was going to surrender to His call to be a pastor,” Tiffany said.

She added that she believes God was giving her a “heads up” so she could also pray for herself. “I was not pastor’s wife material,” she laughed.

Sixteen years later (which have included seminary training for Jason and other pastorates) she admits, “I’m still not but I pray every day that He uses me anyway.”

Tiffany noted that the willingness of both her and her husband to be transparent about their past has helped their ministry in the churches where they have served. They openly tell their congregation that “God uses us because of His great grace, not because of our perfection. …

“I don’t hesitate to share my testimony so people will understand God’s grace and forgiveness of my sins wasn’t because I had forgiveable sins. It was because His grace is sufficient to cover the sins of someone who denied Him for 21 years of her life and tried to convince others to deny Him as well.”

Tiffany said she fully understands what the Apostle Paul said when he referred to himself as the “chief of all sinners.” And like Paul she knows she had a “Damascus Road” experience. Tiffany will forever be grateful that Jason never gave up on her after she turned him down for a date twice before.

“He saw what was in my heart, not what I wanted people to see,” she said.

Tiffany is more than willing to share her story anywhere, anytime. “If it brings God glory, then I’m an open book,” she affirmed.

SEVIERVILLE — As a former atheist Tiffany Bowen knows the language of those who deny the existence of God. She lived it for 21 years before she was saved by God’s grace and mercy.

“Atheists know the truth,” she said. “They just don’t understand the truth.”

She noted most atheists at one time or another had a bitter experience either with the church in general or individual Christians. “We need to help atheists have a non-bitter experience,” she stressed.

Now the wife of Jason Bowen, pastor of First Baptist Church, Trenton, Tiffany shares five tips on how to witness effectively to atheists.

(1) You absolutely need to come to them free of a judging spirit.

(2) You need to be genuinely invested in them as a person.

(3) You need to know the hope that is in you and genuinely know what Scriptures give you your hope. “For me I use Romans 10:9 because that’s what happened to me. I believed in my heart and confessed with my mouth.”

(4) Understand that anyone who has never been given forgiveness does not understand what the word means. The same goes for words such as grace, compassion, and love. “You have to demonstrate what those words mean.” That’s what her future mother-in-law did for her, she added.

(5) Don’t lose heart. “It’s not our job to change someone’s heart. It’s merely our job to be transparent and steadfast with the truth. God will do the rest.” 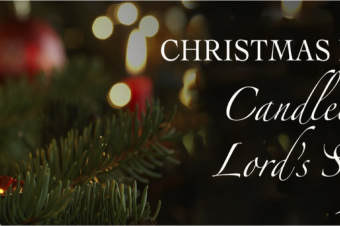 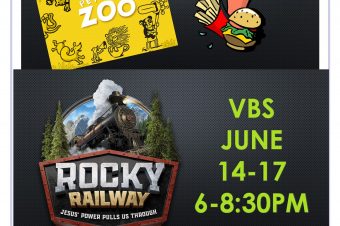 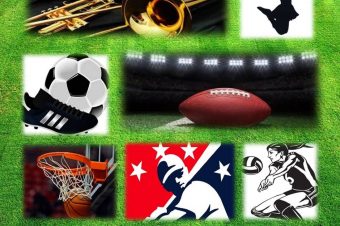 You won’t want to miss being a part of the Band & Athlete Appreciation Message... Read More 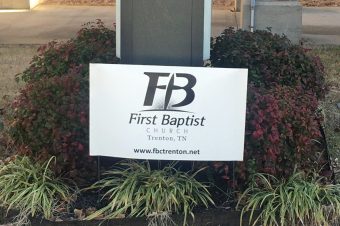 Stop by the Church Office to pick up your FBC Yard Sign! Read More 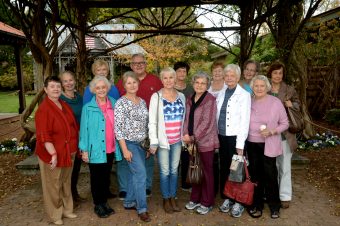 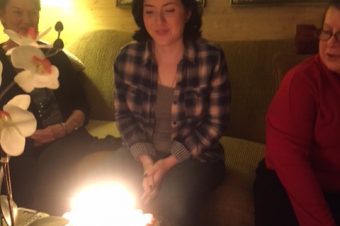 Our new MK student at Union University gave the program at our meeting, telling about... Read More